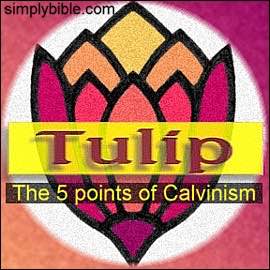 Do We Already Have Eternal Life?
—Our promised inheritance

This lesson examines the fact that we already have eternal life and examines the argument that since we have it, and since it is everlasting, we cannot lose it. First we will look at this argument, then we will explain why it is unsound.

It is a scriptural fact that we have eternal life as a gift from God.

A false argument is made supposedly based on this fact. Here's how the argument runs:

By definition, what comes to an end proves not to have been everlasting. Therefore, once God has given someone eternal life, that person cannot possibly lose it —because to lose it would mean the person had it for a short time instead of forever.

Thus the life would prove not to have been eternal in the first place. Since eternal life cannot come to and end, once you have it you must always have it and cannot possibly lose it.

We now answer this argument...

2 Eternal Life Given — But Not Begun

The argument above would be a good sound argument provided that the Bible statement "God has given us eternal life" meant the same thing as "eternal life has already begun for us". However, these two statements are not equivalent.

I can understand that you might think that they do, and it's my job in this lesson to point out that they don't. I'll start with an illustration. This doesn't prove anything, of course, but it does help you to understand the point I will try to prove.

The Bible shows clearly that we have have been given eternal life, but it has not begun yet. Note the following points.

The Attributes of Eternal Life Are Not Yet With UsWe know that eternal life is still future, because as yet we lack many of its attributes...

3 Eternal Life — Given as a Promised Inheritance

We Have Been Given Eternal Life in the Form of a PROMISE. We are heirs to eternal life in the same way that some children might become an heir to a fortune which is then held in trust for them until a future day. The children look forward to that day and wait for it in HOPE. Meanwhile three things hold true: