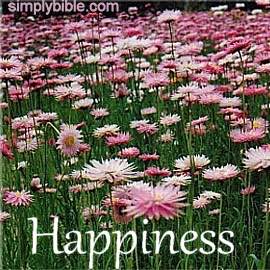 Be a Donkey
—Learning from donkeys in the Bible

If we call someone a donkey, we probably don't mean it as a compliment. But the Bible encourages us to be donkeys in a most surprising sense.

Under the law of Moses, the firstborn of cattle and sheep were offered to God, but a donkey was redeemed with the sacrifice of a lamb (Exodus 34:19-20).

If a donkey was not redeemed by a lamb, the donkey was not allowed to live. This is a type or symbol of redemption through Jesus, who is the Lamb of God (John 1:35-37).

2 A Donkey with Wisdom

The donkey, however, saved Balaam’s life knowing that a warrior angel stood ahead ready to kill Balaam. The donkey even spoke to Balaam to reason with him.

So be a donkey. Be wise with the wisdom not of this world. Speak that wisdom to those who might listen. If they don't listen and perish, that's not your fault. However, if you don't speak out the wisdom of Christ, then that is your fault (1Corinthians 2:6-10).

Jesus sat on a pure-bred donkey for his triumphal entry into Jerusalem (Matthew 21:1-11). Although serving as a lowly beast of burden, the donkey served Jesus. Thus the donkey received honor.

Paul urges us to devote ourselves to the Lord "which is your reasonable service" (Romans 12:1-2). Paul spoke of himself as a bondservant of Jesus Christ (Romans 1:1).

So be a donkey. Serve Jesus. It doesn't matter if the service isn't high prestige. A lowly service is an honor both to the servant and the Master. 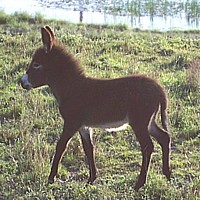