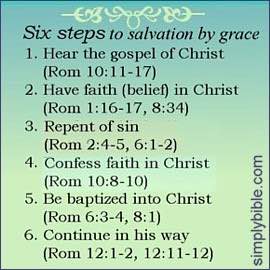 The Good Man Cornelius
—What did he lack?

Cornelius, whose story is told in Acts 10, is a most interesting case of conversion. Cornelius had an extremely high standing with God. Yet he still needed to “be saved”.

1 The Goodness of Cornelius

The more you think about this description of Cornelius, the more you realise how good he was. Peter said, "In every nation God welcomes the man who fears God and does what is right" (Acts 10:34-35). If anyone qualified for this, surely Cornelius did.

As good as they were, Cornelius and his household still needed to be saved (Acts 11:14). God wanted more from them, and they stood ready to obey.

If we want to be saved like Cornelius, should we not try to be a good person like him, do the same things he was told to do, and to be as zealous about it as he was?