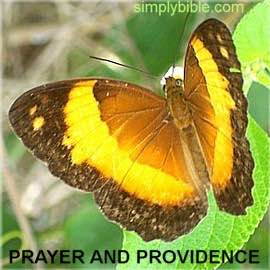 The Prayers of Hezekiah
—Part 1

Hezekiah was a good king of Judah, contemporary with Isaiah the prophet. King Hezekiah was shaken and challenged by two very bad times. He took these two terrible trials to God in prayer, and received help from God because he prayed. This story is recorded three times in the Bible...

For simplicity, in the lesson below, I will give references mainly to Isaiah's account. First we will look at the stories, then draw some lessons from them.

Senacherib, king of the agressive Assyrian empire, had sent a most inimical message, delivered by Rabshakeh, to king Hezekiah. The message declared war upon Judah, the small and vulnerable kingdom which Hezekiah ruled.

At the same time Rabshakeh tried to demoralize Hezekiah’s people by bawling propaganda at the top of his voice. The letter delivered to Hezekiah mocked both Hezekiah himself, and the LORD whom he worshipped (Isaiah 36).

Understandably, Hezekiah was shaken by Rabshakeh's message. However he took the letter into the temple and spread it out before the LORD and pleaded with him to do something about it.

The answer from God was immediate. An angel struck the massed camp of the Assyrian army. Sennacherib fled home, only to be assassinated by his sons (Isaiah 37).

Isaiah the prophet had the unenviable task of telling Hezekiah that he was going to die, and to set his affairs in order. Hezekiah was sick in bed when Isaiah visited him and broke the news. Hezekiah turned his face to the wall and prayed. He shed many tears as he pleaded with God to help him.

The LORD heard Hezekiah’s prayer, and saw his tears, and was not unmoved. He granted and guaranteed Hezekiah fifteen more years of life. Isaiah instructed that a fig poultice be applied to the boil that was making Hezekiah mortally ill, and Hezekiah did not die after all, but recovered (Isaiah 38).

Now let us note some key points and principles which these stories demonstrate.

2 The Zeal of the Lord Performed Great Things

We are used to "going through channels" when we want something done. Imagine your neighbour was making too much noise and you couldn't reason with him. Would you telephone the Prime Minister of Australia to get something done about it? Even if you were a personal friend of the Prime Minister, you would not do that. You would go to the appropriate authority at a much lower level.

Heaven, however, doesn't operate like Earth. When we appeal to Heaven for help, there is no lower level. The Bible doesn't tell us to pray to saints or friends who have "crossed over". We are told to go to the top, to the highest authority in the universe, the LORD of hosts Himself. That's what Hezekiah did.

This minor king of a speck of soil on a minor planet went to the Great Potentate of Heaven and Earth. He didn't send any messengers, he didn't go through any channels, he didn't even make an appointment for an audience, he just went into God’s presence and prayed.

Hezekiah did not get the brush off or the runaround or the apathy and humbug we sometimes encounter when we go through channels here on Earth. Hezekiah encountered nothing less than the zeal of the LORD of hosts. There's no helper like a zealous helper, and there's no more zealous helper than our Heavenly Father.

3 The Lord Acted Because Hezekiah Prayed

The most arresting words in these stories are six words which God addressed to Hezekiah: "because you have prayed to me" (Isaiah 37:21).

This most definitely and clearly implies that God would not have acted if Hezekiah had not prayed. A lot of people have the idea that God does what he does and is not moved by the squeaks of mere mortals. But God did what he did to Senacherib because Hezekiah prayed.

God heard Hezekiah’s prayer on his sick bed, and he saw his tears. A small time king is in bed with a boil that's going to kill him, and God cares? Yes, God cares, and God says, "OK somebody apply a cake of figs to that boil, and I'll see to it that it gets better. Hezekiah, you were going to die, but because you prayed to me you'll live fifteen more years."