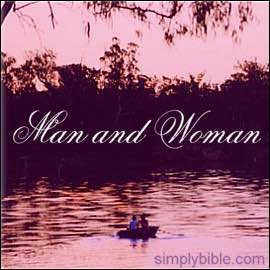 What God Says About Divorce
—Part 2, Paul’s Solution in 1Corinthians 6 and 7

Throughout the ages sexual immorality and a high rate of divorce has been a constant problem for mankind, causing much suffering and loss, and much offence to God. This was true in old testament times. It was true in the time of Jesus and his apostles. It remains true in Australian society today...

Fortunately we have a passage from Paul that can show a way to deal with this mess. In this passage...

2 Fornication is the Problem

When Paul wrote to the Corinthians, he described the immoral way they used to live before becoming Christians...

Paul has a couple of significant things to say about sexual immorality...

3 Marriage is the Answer

Paul now (in chapter 7) talks about celibacy, marriage, and divorce...

You can see clearly, in this lengthy passage, how Paul’s teaching encourages marriage, doesn't recommend celibacy, and frowns upon divorce. His teaching matches what we quoted earlier in Hebrews, "Marriage is honourable among all and the bed undefiled". (Hebrews 4:13).

Are There “Scriptural Grounds for Divorce”?

In considering what God says about divorce, we perhaps should consider what God does not say. Much debate and division over marriage and divorce hinges on the notion of “a scriptural divorce”.

I've seen articles and sermons on divorce that start by deploring it, then go on to encourage it, and finish up demanding it. This is because of the belief that, in certain circumstances, there are “scriptural grounds for divorce”.

Jesus spoke to the Scribes and Pharisees (religious lawyers) who thought there were grounds for divorce. Jesus told them that the grounds on which Moses permitted divorce was "the hardness of your hearts" (Matthew 19:1-8).

They could invent "some indecency" (Deuteronomy 24:1-3) to justify themselves, but God saw only their hardness of heart, and he hated their divorces (Malachi 2:16).

What About Jesus’s Exception?

Some teachers argue that when Jesus said, "except for unchastity" (Matthew 19:8) he thereby gave “scriptural grounds for divorce”.

However, Jesus was simply indicating that a person who gets divorced will commit adultery in consummating a new marriage, except when adultery (unchastity in marriage) has preceded the divorce. In one case there is divorce followed by adultery. In the other case there is adultery followed by divorce. Jesus approves of neither.

Divorce and adultery are both wrong regardless of which comes first. No amount of reasoning can make out of Jesus’s statement a right to divorce and remarry.

Is Divorce Ever Right?

Jesus makes it plain that nobody has the right to break up a marriage. "What God has joined together let no man put asunder" (Matthew 19:6). Man can certainly put asunder a marriage, but "no man" has any approval from Jesus do it.

Circumstances can arise where you have no option but to go through a divorce. This doesn't mean that you have to like it or think it is right or believe there are “scriptural grounds” for it. You can hate it, you can think it is wrong, and you can believe it has no valid grounds.

Only God should separate those he has joined together. No man should. Yet many do. And what they do can't be undone. If you are a victim of this wrong, you have no choice but to deeply regret it; go though it with dignity; accept that your marriage was put asunder by man, leaving you now unmarried; and quietly get on with your life.