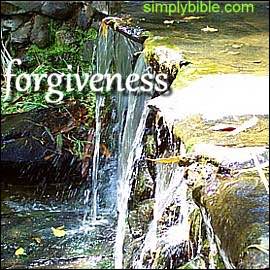 Blasphemy Against the Holy Spirit
—Why is it never forgiven?

In this lesson we consider the blasphemy against the Holy Spirit which Jesus mentioned in Mark 3:28-29.

1 What is Blasphemy Against the Spirit?

In this case the blasphemy was a statement by the Pharisees that Jesus cast out demons by the power of Beelzebub. They were attributing to Satan what they should have attributed to the Holy Spirit (Matthew 12:24,28). This was an insult to the Spirit.

The writer to the Hebrews speaks of those who have "insulted the Spirit of grace" For those who have done this, he says, "there remains no more a sacrifice for sins" (Hebrews 10:26-31).

So here we have a case where a person has insulted the Holy Spirit and consequently been denied the sacrifice of Christ. This seems to be a parallel to what Jesus said. If we examine what this person has done, we will clarify the nature of blasphemy against the Holy Spirit.

What has the person done to have insulted the Spirit of grace and to have no sacrifice for sins? The Hebrew writer is quite clear about this. We are in this situation "if we go on sinning willfully after receiving the knowledge of the truth" (Hebrews 10:26-27).

We see therefore that blasphemy against the Holy Spirit is not just a matter of a verbal insult. It is an attitude of heart which is in purposeful rebellion against truth and righteousness.

The Hebrew writer is not speaking here of a heathen in darkness, but of one who once "was sanctified" by the blood of Christ (Hebrews 10:29) and had partaken of the Holy Spirit (Hebrews 6:4-6).

That is also parallel with the circumstance of Christ’s statement concerning blasphemy against the Spirit. He was talking about the Pharisees. These were no ignorant sinners. They were churchmen of their times and had the knowledge of the truth, but they were in willful and determined rebellion. This was their real blasphemy against the Holy Spirit, repudiating the truth and the salvation that he had brought to them.

The conclusion we draw from that example

So the blasphemer against the Spirit is not some poor contrite soul bringing his or her sins to God and seeking forgiveness in Jesus, for such God will never refuse. Rather it is some rebellious person who, having known the grace of God now repudiates it and insults the very Spirit, and despises the very blood, by which he was sanctified (Hebrews 10:29).

2 Is Blasphemy Against the Spirit an Exception?

Jesus makes two statements, one after the other, and we must be careful not to interpret one of these statements such that it contradicts the other.

Jesus does not say, "All sins can be forgiven except one," That is what he is sometimes misrepresented as saying. But you do not have to think very hard about this to see how wrong it is. Why would God send his Son to die and shed his blood as a sacrifice for sins and then make an exception?

John says, "The blood of Jesus Christ cleanses us from all sins... God is faithful and righteous to forgive us our sins and to cleanse us from all unrighteousness" (1John 1:5-10). Why would God make a single exception, and thereby limit the power of the blood of Christ to cover all sins but one, instead of all sins absolutely? How would that make sense?

A general condition, not a particular exception

We see, therefore, that blasphemy against the Holy Spirit is not a single sin that God has made an exception to the general rule that "all sins shall be forgiven the sons of men, and whatever blasphemies they utter" (Mark 3:28). Rather, it is a general condition under which God denies forgiveness, and that condition applies to all sins without exception.

The general condition that these things are required is eternal and immutable. It is God’s will that for any sin to be forgiven there must be faith in Christ, repentance, and obedience. This cannot be altered. No exception can be made. Therefore whatever sin one has committed, if one repudiates those requirements he can never be forgiven, and if one meets those requirements he shall not be refused.

3 Why is Blasphemy Against the Spirit Never Forgiven?

God is willing and able to forgive any sin you like to name which humanity can commit. There is no unpardonable sin. You can be forgiven of the sin you have committed, so long as you do not resist the Holy Spirit. The Holy Spirit has spoken to you about your sin. He has called you to faith, repentance, and obedience. How will you answer him? He has held out hope to you. How will you respond?

If you respond with persistent rebellion and opposition to God, then you insult the Spirit of grace. How can anyone save you from eternal damnation, when you willfully rebel? Your sin is eternal because you reject the only means of forgiveness. On the other hand, if you respond with a contrite heart and seek forgiveness without hypocrisy, then the blood of Christ can cleanse you of all sin.

There is no such thing as an unforgivable sin. Men speak of "the unpardonable sin" but the Holy Spirit never does. There is, of course, unforgiven sin. There is even sin never forgiven. The reason for that is plain and simple. The sinner’s heart is shut up against God. God's heart is not shut up against him.