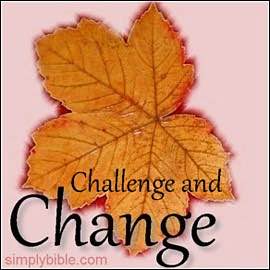 The umbrella is a parable of poor and useless religion. Umbrellas have shortcomings, which everybody knows about. There are similar shortcomings in many people’s religion that they are not aware of. Let me use the humble umbrella to humbly point them out.

1 No use except in bad weather

An umbrella is a nuisance to carry around, so you only take one with you when the weather is looking bad. But your religion should not be a nuisance, but something that you love to carry with you at all times. It’s not there to pick up only when life is stormy.

Your faith should be a daily commitment, something you keep with you through good times as well as bad. Jesus said, "Take up your cross daily..." (Luke 9:23). That’s what Paul meant when he said, "I die daily" (1Corinthians 15:31).

The sacrifice of Christ becomes a permanent part of us. We are "crucified with Christ" and Christ lives in us at all times, whether sunny or bleak (Galatians 2:20).

Thank God we can't lose our faith as easily as we can lose our umbrellas! You can lose an umbrella in one absent minded moment. You board the bus in a day dream, and leave your umbrella on the bus stop seat. Before you can go back your umbrella is stolen.

You can't lose your religion like that. It’s a more deliberate process. The Bible shows that we lose the Lord’s sacrifice for our sins if we "go on sinning wilfully" (Hebrews 10:25).

Nevertheless, it is still true to say that our religion can be easily lost, even though it is by degrees and on purpose. That’s because you are being seduced and deceived by the Devil, and he tries to make sure you are not personally aware of the process. James clarifies this subtle process for us in James 1:12-16.

Let me give you an example. Jesus asked, "What shall it profit a man if he gains the whole world but loses his soul?" (Matthew 16:26).

Now apart from the obvious lesson enshrined in that saying, we notice that it takes a lot of time and effort to gain material wealth. One who loses his true religion and his soul because he has pursued riches instead of truth, is one who has worked hard to lose his soul, even though he may not realise that this is what he has been doing.

It is so easy to be deceived. That’s why we have to be so careful, much more careful than we are about our umbrellas.

If our religion is the true one, it makes us careful and watchful, and ensures that we are not deceived into letting our faith slip so that we drift away into perdition.

When you carry an umbrella, there is superstition attached to it. A mature Christian, of course, ignores this superstition, and does not believe that if you raise an umbrella inside a house you bring bad luck to that house.

True religion has no superstition attached to it, because when you carry Christ in your heart you have perfect truth. Jesus referred to that when he said, "You shall know the truth, and the truth shall make you free" (John 8:31-32).

False religions all have one thing in common: they are characterised by superstition. Superstitions, like belief in the umbrella’s power to bring bad luck, really have their roots in pagan religion and that has its source in Satan.

Superstition presents itself as wisdom. It can parade as knowledge and science. But it is "falsely so called"  (1Timothy 6:20-21).

For example, when I hear how fish are supposed to have evolved into lizards, and lizards into birds, over millions of years, I cannot help regarding that as a fantastic superstition.

The Bible shows that the first of the various distinct kinds of creatures were separately created by God and were observed to change and adapt only within their kinds (Genesis 1:20-25).

Don't allow the foolish speculations of false science, or any of the empty doctrines of demons, such as numerology, astrology, and other kinds of "spiritual reading", to become attached to your faith. For if you do, you will lose the one true religion that can protect your soul, just as believing the superstition about an umbrella changes it from something that protects, into something that you fear will do harm.

An umbrella protects your head and shoulders, but in a driving rain your legs and feet get wet. Our religion shouldn't save us by halves. It should protect us completely. The Bible tells us that our faith in Christ does allow God to sanctify us completely (1Thessalonians 5:23).

5 Breaks in a strong wind

An umbrella turns inside out and may be rendered useless in a strong gust. Our faith, however, should remain strong even when the winds of false doctrine try to toss us to and fro (Ephesians 4:14). Some people’s faith is easily bent and broken.

6 Dangerous when in use

I once sold an insurance policy on the basis that, among other things, it indemnified a person against accidentally poking someone in the eye with an umbrella. The person who bought the liability insurance was very conscious of the damage he could do with his umbrella.

Some people have dangerous religions, such as those which foster cults and heresies. The gospel of Christ is not dangerous at all. Rather, it is power of God to salvation (Romans 1:16). When we live by the true gospel, we "walk in wisdom" (Colossians 4:5-6) and do nobody harm.

7 Useless as a parachute

You cannot jump out of an aeroplane with an umbrella and expect to reach the ground safely. Nor can you pass through death holding to a false religion. Paul told those who were leaving the true faith for another, "You have fallen from grace!" (Galatians 5:4-5). If we believe and follow Christ and his true gospel only, we will be lifted up and we shall fly away (1Thessalonians 4:16-18).