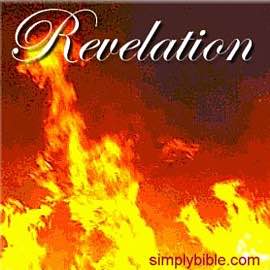 The Anti-Christian Kingdom
—The Babylon of Revelation

The two beasts of Revelation chapter 13, the abominable woman of chapter 17, and the Babylon of chapters 18-19, represent the anti-Christian kingdom of Satan.

When we give our allegiance to Jesus Christ, God’s dear Son, we are welcomed into God’s kingdom having been "rescued out of the kingdom of darkness" (Colossians 1:13).

Revelation is largely about the opposition between the two kingdoms —Satan’s and Christ’s— and the victory that Christ’s kingdom will have over Satan’s.

In this lesson we look at the kingdom of Satan. It is represented in several ways in the visions. Among those representations is the name “Babylon”.

In the time of Daniel, the people of Judah were deported into exile in a foreign and idolatrous country. God’s instrument in this punishment was Nebuchadnezzar king of Babylon.

Babylon was the world superpower at the time. It was the “head of gold” in the image Nebuchadnezzar saw in a dream (Daniel 2).

Jeremiah had predicted seventy years of captivity in Babylon. Both Jeremiah and Isaiah foretold the destruction of Babylon and an end to the captivity.

After Nebuchadnezzar’s reign in Babylon, five kings reigned in succession over about 23 years. The last one, the one who saw “the handwriting on the wall”, was Belshazzar son of Nebuchadnezzar.

This Babylon is a fitting representation of world empires in any age, and of Satan’s corruption of earthly empires to make them serve his antichristian kingdom.

The battle will rage until the great Day of Judgment.

Jesus Christ, however, is the creator of all things, even thrones and kingdoms visible and invisible (Colossians 1:16). He is "King of kings and Lord of lords" (1Timothy 6:15, Revelation 19:13,16).

The kingdom of Christ is eternal, whereas Satan’s kingdom will be destroyed.

Satan’s kingdom is manifest in this world, because Satan subverts earthly kings and governments. Satan is never at a loss for corrupt political powers to do his work. Thus John saw "the beast and the kings of earth and their armies" gathered together to make war against Christ (Revelation 19:19).

Anti-Christian regimes usually have a symbiotic relationship with a corrupt religious establishment or antichurch. This, we remember, is symbolised by the lamb-horned beast called the False Prophet.

Rome Was a Prime Example

In the time of John, Rome was the world superpower. The Roman empire is an outstanding example of what the Beast and the False Prophet represent. Before the empire was 100 years old it had not only crucified the Son of God but had begun persecuting the Christians, putting many to death because they would not worship false gods, not least among those gods being the Roman Caesar himself.

Toward the end, the Roman empire became "Christian". But this state religion was a travesty characterised by hypocrisy and corruption. That false church has lived on long after the political empire died.

Rome therefore corresponds well to the woman called "Babylon the Great, the Mother of Harlots" (Revelation 17:5,9,18).

Even the famous number of the Beast (Revelation 13:18), may be recognized as the number produced by placing the inferior Roman numerals (below 1000) in their descending order (DCLXVI=666).