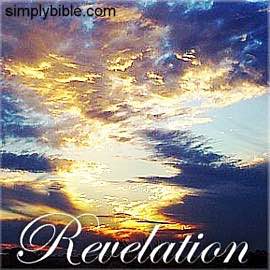 Seven Powers of Christ
—An overview from Revelation 1-3

At least seven aspects of Christ’s power and authority may be noticed in the first vision —a vision of Christ. This vision includes the messages that Christ commanded John to write to the seven churches.

Jesus rules time; it does not rule him. He has "dominion forever and ever" (Revelation 1:6) and lives in eternity. The visions of Revelation represent time from that eternal perspective.

We shall discuss this matter further in some of our lessons that focus on questions of times and seasons in prophecy.

In the book of Revelation, angels are seen to be servants carrying out orders from Jesus. The angels are inferior and are subject to Jesus Christ. They worship him (Hebrews 1:6-8, 13-14).

The death, resurrection, and ascension of Christ is a basic doctrine in the gospel (Acts 2:23-24,31-33). The book of Revelation promises that Christ will also raise the dead and destroy death and Hades (Revelation 20:11-15).

Jesus has the truth, and he decides what is true and what is false. As the eyes of fire signify, Jesus has not left us in the dark; he has given us the revelation of light of the truth.

7 Power over the churches

All Christian congregations are answerable to him and should regard him as the Head (Colossians 1:18).