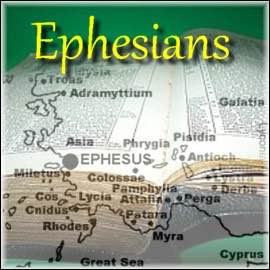 A verse by verse study of Ephesians 6:10-24, about the armour of God that enables us to win the battle against spiritual forces of darkness.

Paul closes his letter to God’s people in Ephesus with a call to arms —an exhortation to join the battle between good and evil.

As Jesus told Pilate, the kingdom of Jesus is "not of this world" (John 18:36). It is in the world, but not of the world. It is a spiritual or heavenly kingdom. It is a kingdom at war. On the main battleground, no blood is shed; no flesh is wounded; no bodies are killed. The battle is between spirits. What we see in the physical world is only an extension of that battle.

¶“10Finally, be strong in the Lord and his mighty strength. 11Put on the whole armour of God, that you may be able to stand firm against the schemes of the devil. 12For our struggle is not against blood and flesh, but against rulers, against powers, against the world forces of this present darkness, against spiritual forces of wickedness in the heavenly realms” (Ephesians 6:10-12).

Because the war is waged by spiritual forces, it is unseen. You will recall the experience of Elisha when God allowed him to see the armies of the Lord which cannot normally be seen. "As Elijah and Elisha walked and talked, suddenly a chariot of fire appeared and separated the two of them. Elijah went up in a whirlwind into heaven. Elisha saw it and he cried out, 'My father, my father, the chariot of Israel and its horsemen!'" (2Kings 2:11-12).

Later Elisha’s servant was afraid when enemy armies approached. "Elisha said, 'Do not fear for those who are with us are more than those who are with them'. And Elisha prayed, 'Lord, open his eyes that he may see'. Then the Lord opened the eyes of the young man, and he saw. Behold the mountain was full of horses and chariots of fire around Elisha" (2Kings 6:16-17).

We Know of the War

The seventy whom Jesus sent out came back rejoicing because they had defeated demons. Jesus said, "I saw Satan fall like lightning from heaven!" (Luke 10:17-18). We do not have sight like Elisha and Jesus were given. However, we are not blind to the fact that the forces of good and evil are at war in this world. We know of this war because God tells us about it in his word.

2 The Armour of God

¶“13Therefore take up the whole armour of God, that you may be able to withstand in the evil day —to stand firm having done all. 14Stand therefore, having fastened on the belt of truth, and having put on the breastplate of righteousness. 15As shoes for your feet, prepare yourselves with the gospel of peace. 16That's not all: take up the shield of faith, with which you can extinguish all the flaming darts of the evil one. 17Take the helmet of salvation, and the sword of the Spirit, which is the word of God,” (Ephesians 6:13-17).

Whom is Paul addressing? Whom is he calling to battle? Who is to gird their loins with truth and plate their breasts with righteousness? Whose feet must be shod with the gospel of peace, and who is to grasp the shield of faith? Who is to don the helmet of salvation and to bravely wield the sword of the Spirit? Who is to march into battle against the powers of darkness, the terrible spiritual forces of wickedness? It is no battle for a weakling. Who shall be a soldier for Christ?

The answer is that every Christian is conscripted into this battle. In the Lord’s army, men and women fight shoulder to shoulder with Christ and his angels.

And Who Will Win?

Paul does not say in chapter 6 who will win. However in the early chapter he showed that we are sealed for an eternal inheritance and therefore we have victory with Christ in the end. We "followed the ruler of the kingdom of the air, the spirit who now works in the sons of disobedience" (Ephesians 2:2). But now we follow Christ, and he is invincible.

3 The Letter is Ended

The letter now is brought to a close. Paul gives an exhortation to pray, an assurance that he will stay in touch, and a benediction.

¶“18Pray and plead about everything. Pray in all seasons. Pray in the Spirit. To do that, keep watch with all your perseverance. Plead for all the holy people, 19 including me, that words may be given to me in opening my mouth boldly to proclaim the mystery of the gospel. 20 I am an ambassador in chains for the gospel. Pray that I may declare it boldly, as it behoves me to speak. 21I will keep you informed about my welfare and work. Tychicus the beloved brother and faithful minister in the Lord will tell you everything. 22I have sent him to you for this very purpose, that you may know how we are, and that he may encourage your hearts. 23Peace be to the brethren, and love, with faith from God the Father and the Lord Jesus Christ. 24Grace be with all who love our Lord Jesus Christ with love incorruptible.” (Ephesians 6:18-24).