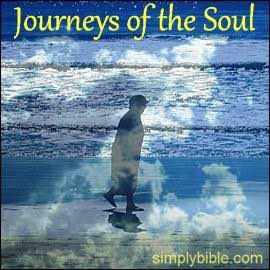 Resurrection of the Dead
—At Christ’s second coming

This Bible study is about the resurrection of all the dead at the last day.

We will examine certain Bible passages that refer to the raising of the dead at the second coming of Jesus Christ.

The prophet Daniel was told very clearly that there will be a resurrection of the dead both righteous and wicked.

Daniel's book concludes with the glorious angel's promise that Daniel will enter into rest until the end comes, when he will rise again to his allotted portion.

Jesus speaks of a spiritual resurrection in which "the dead shall hear the voice of the Son of God, and those who hear shall live". This is not the resurrection at the second coming, because Jesus said, "The hour is coming and now is" when this resurrection would take place. It is the new birth of which he spoke to Nicodemus (John 3:3).

Those who are spiritually dead in sin can be made alive through Jesus (Ephesians 2:1,5,  Romans 6:4).

Jesus goes on however, to tell of another hour in the future when "all who are in the tombs shall hear his voice and shall come forth" (John 5:28-29).

The mention of tombs shows that Jesus is now speaking of those who have suffered physical death. These, both righteous and wicked, shall be raised, the righteous to everlasting life and the wicked to everlasting condemnation —just as Michael had told Daniel.

3 The Sadducees’ Denial of Resurrection

The Sadducees, like the modernists of our day, did not believe in certain things, one of which was the resurrection of the dead. The sect of the Pharisees, on the other hand, most definitely believed in the resurrection. There was continual controversy between the two sects about this issue.

This was no discomfort at all to the Sadducees, however it put the Pharisees in an untenable position. Thus Paul divided his opponents and they began to fight amongst themselves.

Denial of the resurrection hope was an error that threatened the early congregations. They could be influenced by doctrines of both the Jewish Sadducees and some Gentile schools of philosophy.

The Bible ends with visions of the second coming when the resurrection, the judgment, and the end of the world will occur. One vision pictures the dead small and great, all raised up from death and hades which they see cast into a lake of fire, as they stand before the throne of Christ.

It is fitting that we should read this vision at the end of our lesson, and consider how we shall stand on that resurrection day.