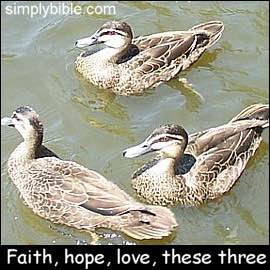 Martha welcomed Jesus into her home when he visited her village. Martha was making a fuss about preparing a meal, while her sister Mary sat at Jesus’s feet listening to his words.

Martha complained that Mary should be helping her, and Jesus should tell her so. But Jesus refused.

¶“38It happened as Jesus and his disciples were on their way, that he entered a village where a woman named Martha welcomed him into her house. 39Martha had a sister named Mary who was also in the house. She was sitting at Jesus’s feet listening to what he was saying. 40Martha, however, was distracted by all the work preparing a meal. She interrupted Jesus and said, 'Lord, don't you care that my sister has left me to serve all by myself? Tell her to help me!' 41Jesus answered, 'Dear Martha, you are worried and troubled about many things, 42but really, only one thing matters. Mary has chosen that good and needful part [of life] and it will not be taken away from her.'” (Luke 10:38-42).

1 A Mistake Easy to Make

How easy it is to become encumbered with too many things, and be pulled away from the one thing that is really important —the word of Jesus Christ.

The problem was that Martha made a poor choice. Mary had "chosen the good part" to sit at Jesus’s feet and listen to his word. Martha had chosen to busy herself with something good but relatively unimportant. So she was missing the opportunity of the hour.

2 A Test to Get the Best

Personal improvement courses stress the need to always ask yourself, “What is the most productive thing I can do at this moment? What is my best opportunity right now?” Martha didn't ask that question, she didn't take the opportunity test. But Mary did.

To state this test in Bible words, we should always "walk circumspectly, not as fools but as wise, redeeming the time because the days are evil" (Ephesians 5:15-16 NKJV).

Mary applied that test and got the best from Jesus’s visit. Martha didn't.

Martha’s poor choice led from bad to worse. It caused a poor attitude as she found herself encumbered, frustrated, and under stress. She brought this upon herself, yet she started to blame others. Mary won't help and Jesus doesn't care!

Martha’s bad attitude became a bad influence. Martha didn't just mutter to herself at the table and spoil things only for herself. She started arguing with Jesus and trying to take away Mary’s peace. Martha wanted to drag Mary into being encumbered with her.

Jesus, however, wouldn't let that happen. Mary was redeeming the time. She had passed the test. She had made the better choice. She wasn't going to have it taken from her.

3 A Love of Things Above

In order to be like Mary and not like Martha, we need to "seek those things which are above where Christ is, sitting at the right hand of God. Set your mind on things above, not on things on the earth" (Colossians 3:1-3 NKJV).

Clearly, if you have a love for the things above, you will be seeking them day by day. So you will not make Martha’s mistake. You will be wise like Mary, making the most of the opportunity to learn of Christ.

The choices you make in this life should be like Mary’s not Martha’s. The word of Jesus is available to you. Seize every opportunity to listen and consider. Don't let yourself be distracted by things that matter less. Keep them in their proper place. Remember worldly things, as good as they might be, are not eternal. Leave plenty of room for “that good part” of life.