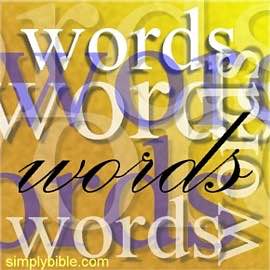 Synonyms: "The twelve" ("the eleven" after Judas's demise and until Matthias was appointed in his place.)

Definitions: An Apostle is one who was specially chosen and sent by Jesus to spread and lead the early church. Apostles included the twelve Galileans and Saul of Tarsus (Paul). They were endowed with special miraculous powers and were authors of most of the New Testament letters.

Comment: The story of Acts is mostly about Peter (one of the twelve apostles), and then about the apostle Paul who was not one of the twelve but said, "I consider myself not in the least inferior to the most eminent apostles." (2Corinthians 11:5). The apostles regarded themselves as being called and "chosen" (elected or picked out) by God (Acts 1:24). We are not called and chosen as apostles, but we are all called and chosen for eternal life. (Revelation 17:14, 2Peter 1:10, 2Thessalonians 2:13-1). We are also sent as messengers for Christ. (Acts 8:4, Luke 10:2).